is proving to be as an outreach and fundraising tool to the wider XR community. 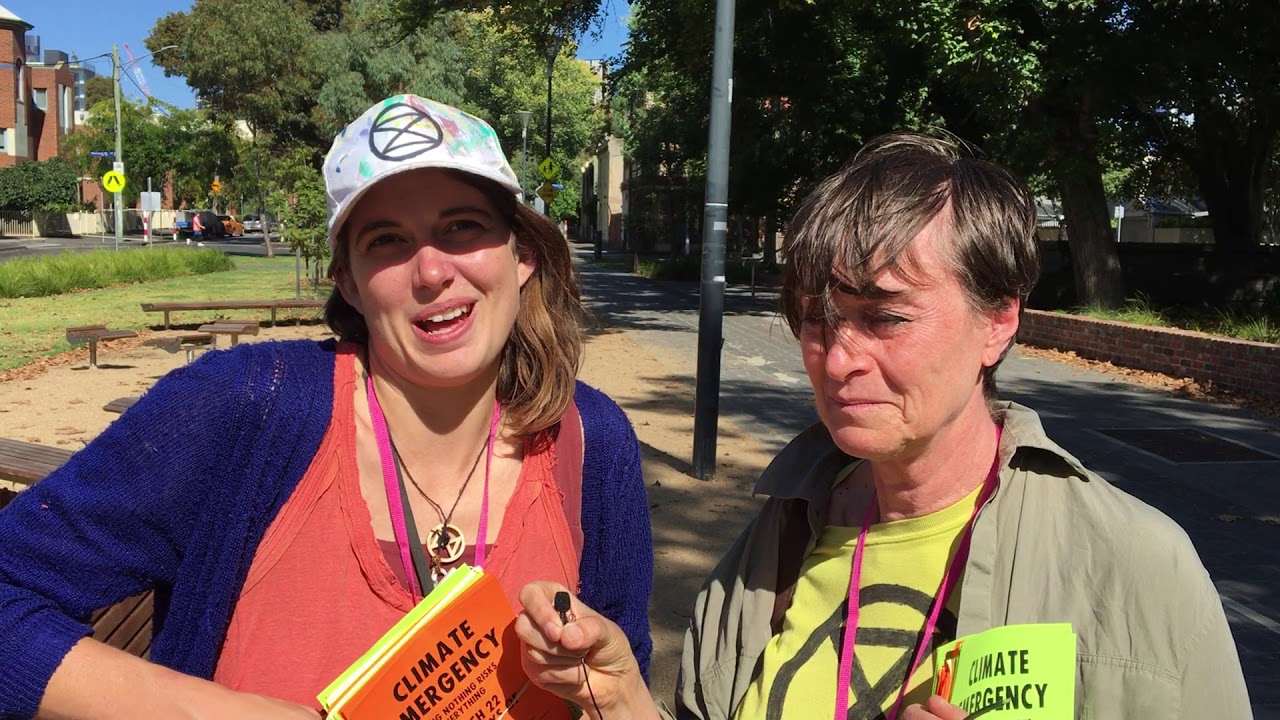 Here is a resource doc with a bunch of details: 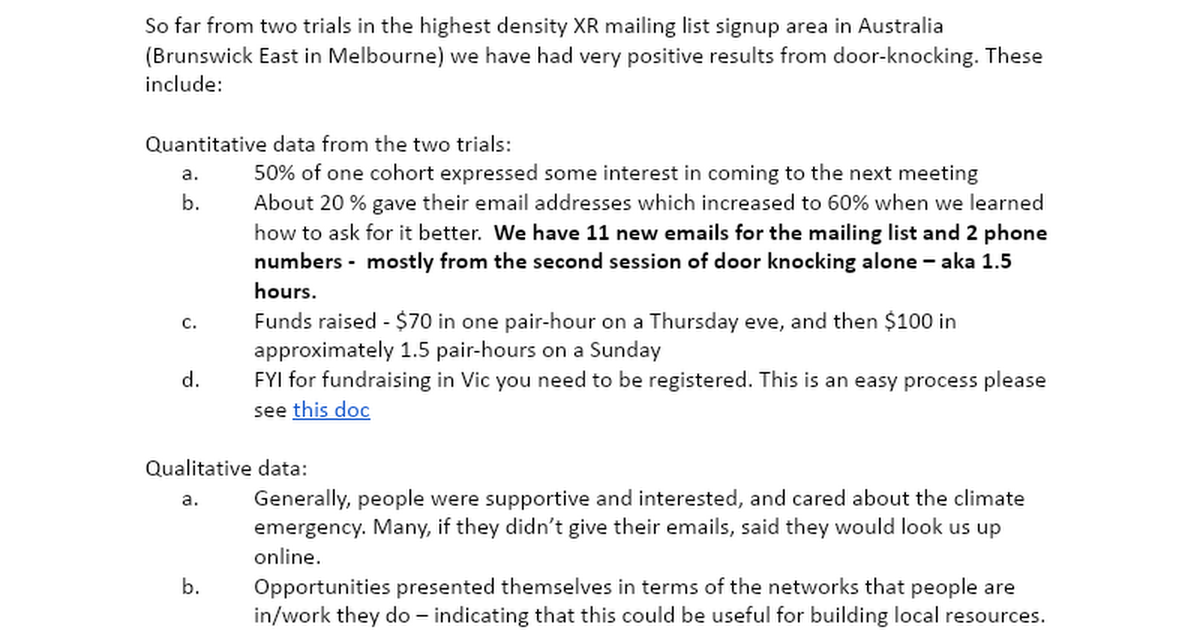 And you may have to check with your states finance group re: legalities, ie in Victoria you have to be registered…

I’ve popped this into it’s own topic - we can move it to the mobilisation category once that category has been opened up. Great to have the pilot evaluation to look at.

How might the movement benefit from knocking on 100,000 doors in the next six months?

You could imagine that if we get the practice going regularly in all the active local groups (NG: a local group only really needs 2 active members to start this up) we could build a mass connection with the population of Australia.

If it’s so successful as a fundraising and movement building tool, the groups could be on to a viable way to reliably build themselves up. And imagine the impact of 100,000 households being told that we were going to block the Sydney Harbour Bridge (for example) and that we needed their help to do it