De-Briefing March 22 and next steps

XR Vic Debrief
(Wednesday 31st May - here is a fun recording you could watch of the de-brief sharing as well. … . De-brief LIVE Youtube

How did you feel during the week of rebellion?

How did you feel after the week?

Highlights of the week

What to give a better experience next time?

What worked for us as a movement?

What can we do better?

Have a look here 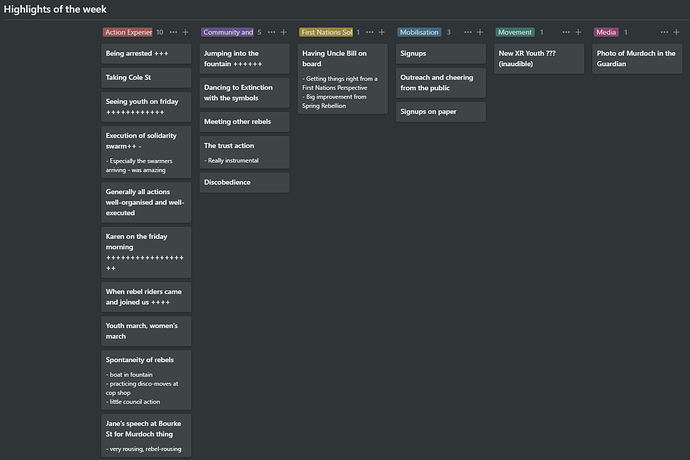