Many of the XR principles and values directly call upon us to work on climate justice and decolonizing ourselves, among others:

Some of the ways in which we can work on climate justice and decolonizing ourselves are by:

Let’s start/continue on the journey of learning about climate justice, decolonizing ourselves and anti-racism and make sure that XR as a movement honors its core principles and values.
Check out these amazing resources: 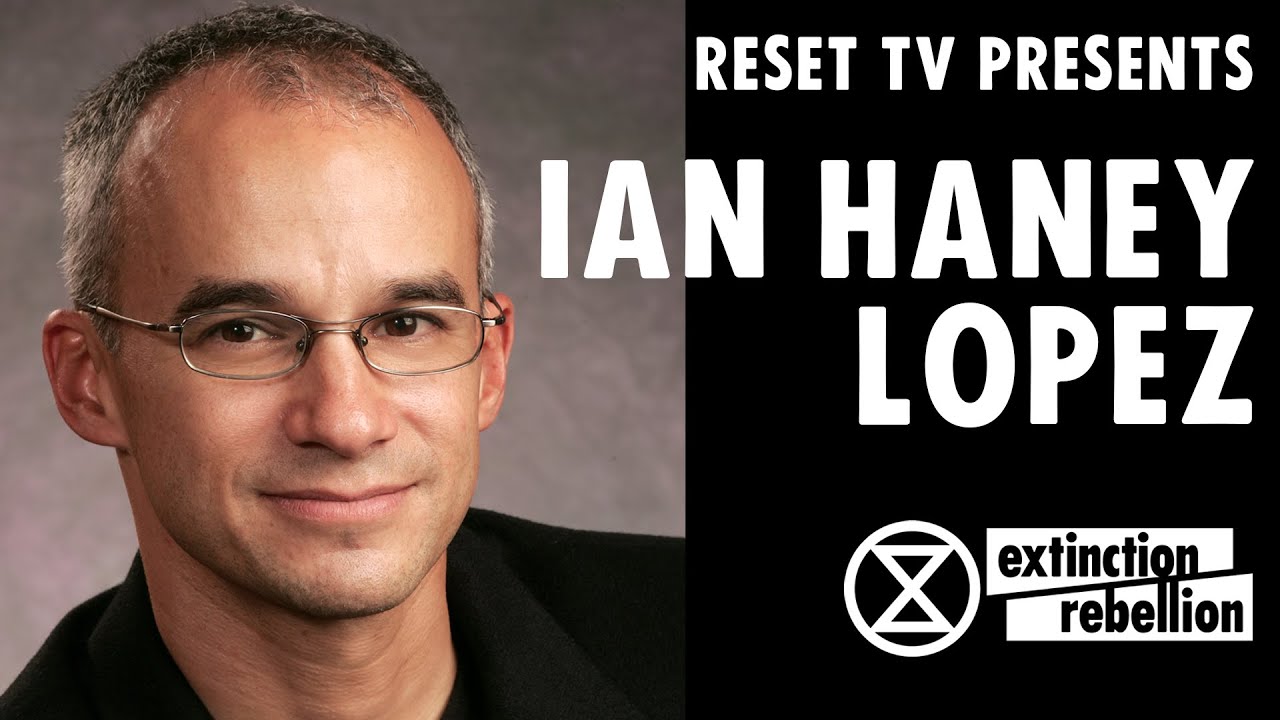 @pau_la Hi there I have just been reading through the various documents linked to here - the material from Canada on a 4th demand - as well as the chat on Global Base on a 4th demand. On MM and Global Base there is a great deal of discussion about a 4th demand being at odds with the principles of a Citizen’s Assembly. Much of the discussion centres around the central principle that XR seeks to create a democratic space where solutions can be deliberated upon in a CA - yet the 4th demand seems to state what those solutions should consist of. The question has been asked repeatedly: who is the 4th demand being directed towards - the Citizen’s Assembly or the Government? If it is directed towards the CA then that undermines its democratic legitimacy as we are demanding what the outcome should be in advance - and if directed towards the government it bypasses the CA - which undermines the central principle and logic of XR. This issue has been debted at length on Base - and people seem unable to resolve the contradiction - nor do they seem to be aware (or maybe concerned) how a 4th demand undermines the 3rd. Here is the the thread on Globa Base which is linked to the 4th demand chat in MM - this is discussioin at a global level - I am not sure if similar discussions are happeneing in Australia? If not it would be a good thing for that discussion to happen: https://base.organise.earth/t/the-4th-demand-as-a-global-issue-what-is-it-how-should-it-be-worded-why-we-need-it/1748

Hi @plotinus sorry for the late reply!
I do not think a 4th demand is at odds with the principles of a Citizen’s Assembly at all, just like the 1st and 2nd demand are not at odds with this principle either. It is about setting the ‘ground rules’ for the citizens’ assembly, just like ‘tell the truth’ and ‘act now’ do this.
I strongly believe that it is the responsibility of XR to ensure that when governments would move to establishing citizen’s assemblies, principles of justice will be central and the most vulnerable will be protected, so that no ecofascist policies can be enacted in the name of the climate emergency.

For example, this article sets out why anti-racism should be core of climate activism: https://thecorrespondent.com/496/the-climate-crisis-is-racist-the-answer-is-anti-racism/9057642000-be9735ef

Thanks @pau_la But what happens if the demands of Indigenous groups are different to other demographics - for example farming groups who are wanting to mitigate the impacts of climate change? For example does Indigenous sovereignty mean the property rigths of our farmers become illigetimate. Does decolonising our minds (and our legal system) mean the property rigths of farmers (which are based on colonial systems of law) are now illigitimate? What if Inidgenous groups are making native title claims on pastoral or farming land? Do those claims overide those of farmers? And which demographic is XR behind or prioritising?

I dont envisage this is lilkely to happen. But it illustates a point. We live in a postcolonial nation where land tenure is based on native title arragements - often with Aboriginal groups and farming communities existing peacebly side by side in rural communities with shared access to land. I agree with strengthening land rigths particulary where companies like Adani are seeking to abolish native title. But our farmers are ordinary citizens trying to make a living - and they have rights to the lands they now use to produce food for the broader community.

Do you think it is ecofascist to defend the property rigths of our farmers? Do you think priortising Indigenous communities over members of the settler population who now work the land is likely to bring rural communities who have been impacted by climate change and the recent fires out on to the streets in support of XR (that is will they join us on the streets to protest the legitimacy of their own property rigths?).

I am intersted in what people think about these issues. Decolonisation seems a very vague and nebulous concept - particularly if you try and imagine how its plays out in the real world and in terms of specifc policy applications.

Now if different groups do have different desires and demands then CAs are the place to sit down and deliberate so as to come up with a plan that all stake holders can agree to. For us in XR to claim what the outcome of those delibrations should be in advance in a 4th demand seems to undermine the principle of a CA from the word go. Further who is the 4th demand being made of - the government or the Citizen’s Assembly? It can not be both. The government either implements what the CA recommends - or it implemets our 4th demand. What if the CA comes up with recommendations different from the 4th demand? What do we do then? And who exactly is a 4th demand being demanded of? The CA - or the government. It seems very confusing.

Also I think the parallel with reducing emmissions is different. That is our 2nd demand - and a CA is the mechanism to find an equitable solution through deliberative democarcy. I would hope to see stregthening of land rigths emerge from a CA to ensure greater protection of ecosystems and traditional lands. But we in XR can not dictate what this outcome will look like - particuarly given there are complex regional variations of native title law that could not be changed by sweeping nationwide legislation. Each case has to go before the courts and to be decided on a case by case basis.

This means any changes to current native title law would have to emerge from a deliberative process. We can not argue for a CA - and then tell it how it must alter extant systems of native title law - which are incredibly complex with nuanced regional variations that are designed to allow Aboriginal groups and farming communities to live - hopefully peaceably - side by side on the same continent.

Below is the 4th demand promoted by XR US - which prioritises individuals on the basis of race or ethnicity - and then demands that land and wealth be redistributed to those groups. They have also criticised XR America for being “right wing” for not accepting this race based demand and striving to develop an ideologically and racially inclusive ethic. For UX US such inclusivity is portrayed as right wing - with anyone who objects to their demand and ideology automatically labelled as “right wing” (a polemical tactic used to denigrate anyone that has a different view to one’s own without actually engaging with their arguments or ideas).

I am not sue if XR in Australia is promoting this kind of ideological agenda which construes genuine inclusivity or ethical universalism as “right wing” (right wing because it claims people should be valued equally irrespective of race or ethnicity).

There has also been discussion on Global MM that Citizen’s Assemblies are ecofascist as they will give the white majority a say in decision making. Additionally, given the white settler population lives on lands stolen through violence they are beleived to be no longer entitled to that land - or if they are they should not be allowed to transfer it to their children - that is their property rights should be annulled and as part of reparations their land transferred to Indigenous or black communities. While this may be part of a legitimate response to disparities in wealth and opportunity if negotiated adequately with the relevant stake holders - I am uncertain such policies, which demand annulment of farmer’s property rights, and the redistribution of land and wealth, should be one of our demands. This is beyond the remit of XR in my view.

I paste the XR US 4th demand as well as the 4th demand of XR America and XR US’s response. I truly hope XR in Australia does not go down this path but strives to represent all Australians regardless of race or ethnicity. Notice how XR US have tried to implicate the ethic of XR America (that is inclusive of all people) as a form of incipient fascism by claiming it is akin to the rightwing notion of All Lives Matter. I do not take this kind of polemical logic (illogic is a better description) seriously - neither in its form of argumentation or the “principles” that underpin it. It would be unfortunate if XR in Australia went down a similar path with such a 4th demand:

We demand a just transition that prioritizes the most vulnerable people and indigenous sovereignty; establishes reparations and remediation led by and for Black people, Indigenous people, people of color and poor communities for years of environmental injustice, establishes legal rights for ecosystems to thrive and regenerate in perpetuity, and repairs the effects of ongoing ecocide to prevent extinction of human and all species, in order to maintain a livable, just planet for all.

XR America - this is apparently “right wing” because it is inclusive of all people:

4. ONE PEOPLE, ONE PLANET, ONE FUTURE
Government to work for global net zero and planetary repair by 2030 on the basis of equity and mutual survival interest for all communities, countries and generations.*

Here is what XR US have to say about this on their website. Apprently “climate justice” means calling anyone who may disagree with your idosyncratic understanding or conception of justice right wing or ecofascist. I do hope these tensions can be resolved - and I do hope XR Australia remains inclusive of all Australians regardless of racial or ethnic background - and avoids going down the path of XR US:

Extinction Rebellion US is not affiliated with, nor do we support XR America. Our heart and solidarity is with climate justice. XR America has removed the XR US 4th demand and replaced it with an “All Lives Matter” demand and the foundation of their organization and work is based on the false and discredited idea that the Climate and Ecological Emergency (CEE) is separate from social justice.

From the respective sites:

WHO WE ARE | XR America